Over the years the software industry has developed many solutions to producing quality software to meet business needs. Software, however, is an ever-changing industry, and our tried methods are failing to keep up with modern development practices. Quality Engineering has made waves in the industry for a few years and is often associated with iterative or agile development processes, as a new way of ensuring quality software. How does Quality Engineering fit in to traditional Quality Assurance to get us working software?

END_OF_DOCUMENT_TOKEN_TO_BE_REPLACED

Any time software is destined for the global market or for a diverse audience within a region, it is well worth planning the localization effort. Seemingly small errors in wording or presentation can ruin the professional aspects of a product, leaving instead an impression of amateurism or cultural indifference. The following steps are a guide to the localization process to produce successful translation packages.

END_OF_DOCUMENT_TOKEN_TO_BE_REPLACED

We’ve been assisting one of our clients in the development of a large web application facing many large customers and working with several types of devices for data gathering. As a result, we’ve built a lot of automated tests at all levels: acceptance, functional, integration and unit.

END_OF_DOCUMENT_TOKEN_TO_BE_REPLACED

Increasing a team’s productivity is a ubiquitous goal. But, how do you achieve that goal?

To many, it may be tempting to use velocity as a measure of productivity, but the value of a story point can vary significantly over time. Once you get past counterproductive answers like, “let’s inflate all our story points by 50%,” you’re left with options that can actually increase your team’s productivity or, at least, facilitate collaboration between team members.

In Codeception, these tests are referred to as acceptance tests. These tests are based on the notion of Behavior Driven Development (BDD). Essentially, BDD states that tests should be specified in terms of desired behavior. In the case of BDD, the behavior described is that of a user (or tester). To learn more about BDD, I would encourage reading the inventor’s article at http://dannorth.net/introducing-bdd.

Are you looking for new way to solve pressing technical problems? Well, I’ve found one, and I recommend it for anyone looking for a fast way to start a problem-solving process. I call it the “straw man” technique, and it’s pretty straightforward:

That’s it! I find myself using the straw man technique often; you can, too. Imagine you and your team are looking for answers on how to solve a challenging problem or implement what appears to be a complex feature. Think of a super simple solution that addresses at least 50-60% of the problem and ask the team why it won’t work. Then iterate from there until you reveal an acceptable solution. END_OF_DOCUMENT_TOKEN_TO_BE_REPLACED

Our team at Bridge360 is very focused on quality in the software production process. Expertise in all forms of testing helps us provide our customers with a higher quality product, so it’s critical that we have expertise in testing.

I have some programming skills and years of manual testing experience, but decided I wanted to become more skilled at automatic testing. Because all of the projects I’ve worked on over the last six years required only manual testing, I was mostly unfamiliar with the current tools available for automatic testing. This prompted me to do some research to see which tools were available and most widely used.

My research on job boards in both the US and India led me to the conclusion that seemingly everyone in my industry is embracing the fascinating world of automation. It was rare for me to find any job which focused only on manual testing. Today’s testers are expected to know one or more automation tools like Selenium, Watir, Cucumber, Test Complete and FitNesse. Numerous testing tools are loaded with standard functions and options but still don’t provide a complete solution for many testing situations. Typically, some tweaks to provide added functionality are needed to fit the requirement. END_OF_DOCUMENT_TOKEN_TO_BE_REPLACED

Let’s be honest, Quality Assurance is a necessary evil. Many of you have probably wondered why developers can’t just get it right the first time. Why do we pay developers to write bugs, and then pay testers to go and find them?

The answer simply stated is — writing software is hard. Software developers need to be extremely detail oriented, yet also keep the big picture in mind. They must balance short-term tradeoffs with long-term considerations. They often have to learn new tools and technologies with each project while balancing the demands of outside influencers. Oh, you needed that feature or bug fix done yesterday? And you want that application to work on all browsers released in the last 3 years (that’s 24 versions of Google Chrome alone since March 2011), plus mobile? It’s no wonder developers struggle to write perfect code every time.

While it can produce quality results, the old model of throwing code over the wall from the development team to the QA team is inefficient. We that build software have to do more for less, faster, and in a more complex environment than ever before. The rise of automated unit testing and Test- or Behavior-Driven Development (TDD and BDD) is an attempt to realize improvements. By testing at the core (that is, with the developer), we find bugs as early as possible (which yields tremendous savings as discussed in the post https://bridge360blog.com/2013/12/04/5-ways-qa-supports-development/). Automated unit testing also makes it easier to update the application going forward by identifying unexpected broken dependencies in the code before they get in front of a customer. END_OF_DOCUMENT_TOKEN_TO_BE_REPLACED

I’ve been an entrepreneur for over 12 years now and thankfully have made quite a few mistakes. That’s right—thankful, because I’ve corrected those mistakes when I could, and I’ve learned from all of them. Of course, reading words of wisdom from those who have gone before me was helpful, but I’d like to share of few thoughts of my own that you won’t learn from your accounting department or your CFO.

Bridge360 is a global software services company. We believe software can do anything, and I do mean anything. Technology is a marriage of hardware and software, and I don’t think any of us have seen anything yet! That said, we’re in business to grant our client’s wishes, and all of our client’s wishes are unique regardless of the service they ask of us.

Number 1:  Each client is special and each has their own special need. Whether they are buying your product or a unique service you offer, each client should be considered according to their own unique business needs.

Number 2:  Your clients are likely located all over the globe because they, you, and their business are tethered together like a fast moving zip line crossing rivers, mountains, and cities everywhere. We see evidence of this every day by just looking at the “Made In” labels in our clothing or in the food products on our grocery shelves.

END_OF_DOCUMENT_TOKEN_TO_BE_REPLACED 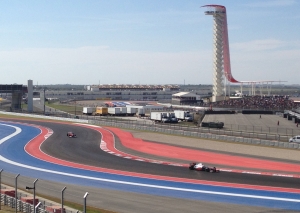 Formula 1 was a big success for Austin, Texas. I heard multiple languages being spoken on the streets Saturday evening after the first qualifying rounds. Ferrari’s and Porches had their runs on the track before the big race on Sunday.  Restaurants were clogged, bars were pouring the spirits, and parties were everywhere.

Austin has been an international city for many years, going back to the early to mid 1990’s. During that timeframe, many large corporations had already or were in the process of setting up their headquarters and/or major branch offices here – companies like IBM, Dell, AMD, Motorola and others. They were all doing international business from the beginning. Of course, our university system with The University of Texas, McCombs School of Business, St. Edwards University and the Austin Community College all had opportunities for students to follow global business pathways.

It’s just that no one ever really thought of Austin as a being a “global” city as it is surrounded in a state with Houston, Dallas and San Antonio. Those of us who live and work in Austin seldom think of ourselves as very ‘international’, but we are. The success of Formula 1 has brought global eyes to Austin. And now, Austinites are beginning to see the international vision as well. The vision and mission of bringing this major sport to our city is a large step in the right direction for Austin. I don’t know all the specifics of how our City Council, Mayor Lee Leffingwell, Governor Rick Perry and others put it all together, but I’m very impressed with their efforts and commitment.

I’m looking forward to next year when, hopefully, we’ve ironed out some of the wrinkles with moving massive numbers of people into and out of this venue.  Yes, I got very dirty (as well as my car) from parking over 2 miles from my seats at Turn 5.  And yes, the shuttle buses need to be more organized and numerous.  But at the end of the day, there’s nothing like the sound, excitement and exhilaration of watching professional drivers take their Formula 1 cars through time trials on a beautiful track — for the track is truly a wonder and very beautiful!  It was a perfect “international” weekend in Austin.

Thank you Formula 1 fans for coming to town, enjoying our “global” city and giving us a successful event we can all be proud.

Topics we write about